AviWorldz has officially joined the big grid migration of 2017, becoming the latest in a string of grids to switch to DigiWorldz hosting.

DigiWorldz is mostly known as a popular commercial OpenSim grid, but the company also provides hosting for other grids. This means that would-be grid owners can focus on building communities, and leave all the technical stuff to someone else.

Genesis Metaverse, one of the grids that emerged after the collapse of AviWorlds last summer, stopped running their own servers and switched to DigiWorldz earlier this month. Two other grids also affected by the AviWorlds collapse, Baller Nation and Kea Nation, have also made the switch. 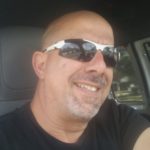 AviWorlds owner Alexsandro Pomposelli told Hypergrid Business that the new grid should be up within the next couple of weeks.

The grid had gone down four days ago due to a power surge and wasn’t due to come back up until May. It had been run out of Pomposelli’s garage, an announcement that was met with a great deal of skepticism by the OpenSim community.

The business model of the grid will be changing as well, he said.

The previous business model — if you can call it that — was to give away 1,000 free regions to everyone.

Now, the grid will be a non-commercial, social grid. Users can connect regions that they run at home, on their own computers, and will still be able to get one free region on the grid.

“If they want more than the one free region we give them, then we will charge for it,” he added. “But there is no price range yet.”

He added that the grid will have an in-world currency, but the currency won’t be enabled on the self-hosted regions.

When users host regions at home they have access to the region database and all transactions that take place on that region, which raises potential security concerns.

The grid will be hypergrid-enabled, and will also have free uploads, free groups, and free classifieds. 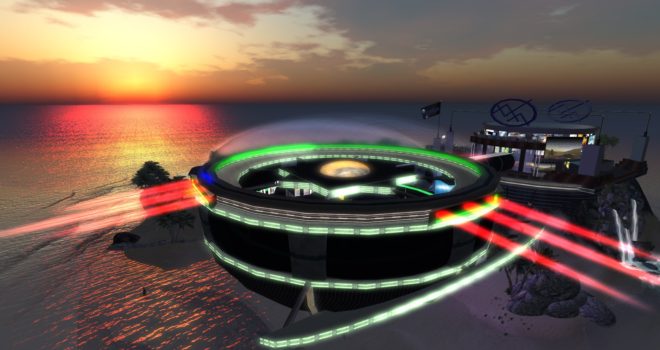 Former residents who had free regions on the grid before it went down can move those regions over to the new grid, or ask for copies so that they can use them elsewhere.

“I have all the OARs stored in Avi-Labs Google Drive storage,” Pomposelli said.

He reiterated that the AviWorlds grid will continue to exist as a separate grid, and while it will use DigiWorldz for the hosting, it won’t be part of the DigiWorldz main grid.

“I have read what Butch [DigiWorldz founder Terry Ford] is offering and I was sold on it,” he said. “AviWorlds is a very busy grid and I need to have it in a place that will be cost-effective but also honest. This is a very important characteristic that I look for.”

Previously, Pomposelli has also experimented with getting hosting from Dreamland Metaverse and Zetamex Network. Both of those relationships ended when Pomposelli said he had problems with their services. Pomposelli had also had problems with a number of different business partners, employees, and, in the grid’s most recent incarnation, with the gods themselves.

This is AviWorlds’ tenth incarnation.

My previous warnings remain in place:

You may also enjoy...

Maria Korolov is a science fiction writer who covers cybersecurity, AI and extended reality as an award-winning tech journalist at her day job. Check out her author page on Amazon or follow her on Twitter, Facebook, or LinkedIn. She is also the publisher of MetaStellar, a new online magazine of speculative fiction.

BLASTmedia published a Q&A with Maria about her experiences working with PR folks pitching tech stories.

Krim Times is back on the Amazon best seller list for its category, its second time on the list since it was first released in January. The drinks are on me!

Maria is one of the judges of the annual CSO50 awards, which recognize 50 organizations for their security project or initiative that demonstrates outstanding business value and thought leadership.

Maria is a member of the jury of the 2018 Epica awards, the only global creative prize judged by journalists.

In April 2018, Maria received the Silver Impact/Investigative award at the New England ASBPE Awards of Excellence for the article “What is a supply chain attack?”

May 2016: Interviewed by the BCC about how virtual reality will change our lives. Listen to the broadcast here. Read the transcript here.

Every day I get a bunch of emails offering free guest posts for Hypergrid Business. Hey, cool — I love […]

The Infinite Metaverse Alliance called on OpenSim users to take a survey today. Lisa Laxton “Given the number of new […]

A meeting of the Hypergrid Entrepreneur Group, with Vivox voice, on the old Hyperica grid. According to Unity PR head […]

Just chilling, listening to myself talk, on my private company grid. Vivox, the voice service acquired by Unity two years […]